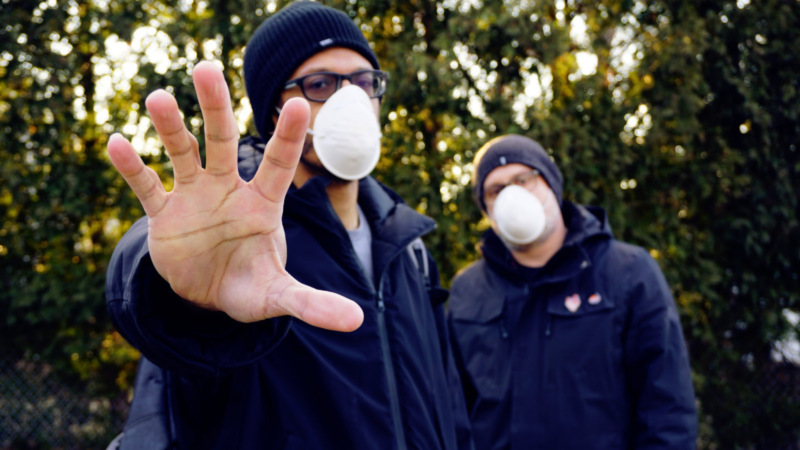 With anticipation building as the release date to their sophomore full length album draws near, Guerrilla Ghost are excited and want to make a lot of noise. They would love to tell you all about their brand new project and are currently searching out interviews.

Milwaukee’s Guerrilla Ghost has been one of the city’s most consistently prolific outfits since coming together in 2016, steadily releasing a potent stream of singles and EPs before delivering their debut full length in 2018. The duo, which consists of rapper Bad Graphics Ghost and producer Tron Jovi, aren’t shy about their love of everything from UK Grime to US Grind, and have spent the last four years crafting an interesting cocktail of sounds that aren’t often found together. At the core, Guerrilla Ghost are a hip hop outfit, but with both members having an extensive background in metal and punk, the group’s sound also reflects some of the more aggressive pockets of the American underground. All of these influences came together on their 2018 effort, Perpetually Sad Motion Machine, which found the band strengthening their focus via the help of a handful of collaborators, from Carnage the Executioner to fellow Milwaukeean Lorde Fredd33. A remix album followed, which featured contributions from Godflesh and Jesu founder Justin K. Broadrick and Chicago based musician and producer Sanford Parker. A busy year of live appearances followed, with the group serving as local support for Kool Keith, Mac Lethal, Blueprint, Mega Ran, Carnage the Executioner and 9th Prince.  Ever prolific, though, the band continued to keep busy and are now preparing for the release of their sophomore full length, We Get What We Deserve, slated for release on July 31 via Triple Eye Industries.

It’s easy for an act to get comfortable and repeat themselves creatively, but Guerrilla Ghost have demonstrated a commitment to continually move forward, expanding their approach with each recorded effort. We Get What We Deserve boasts an augmented sonic palette, heavily informed by the group’s live performances.

“For this record, we incorporated some looping techniques that we’d usually apply to drums and vocals in our live shows into the production process” says Tron Jovi. “I’m a big fan of reggae, dub and dancehall. A lot of the way I mix our live shows is indebted to dub. This record even has some dub siren”.

Completed during the Covid-19 Shelter in Place order, We Get What We Deserve is a full length in every meaning of the word, with 15 tracks and a nearly hour-long runtime. The growth demonstrated on the album is illustrated not only in its more sophisticated production and composition, but in it’s guest of collaborators as well. The album sees the return of previous collaborations with vocalist Mario Lanza and Carnage the Executioner, as well as a collaboration with one of music’s most uniquely eccentric voices, New York hip hop icon Kool Keith.

“I’ve been a huge fan of Kool Keith since discovering his early solo albums” says Tron Jovi. “As we started planning this record, I reached out to Keith to see if he'd be interested in doing a feature. He responded quickly and expressed interest, so I told him I'd reach back out when it was time. Following the Shelter-in-Place Orders, we decided to alter our production approach to make it easier for us and our collaborators to work remotely. At that time, I reached out to Keith to work out details of having him on the record, and as luck would have it, he had access to studio time during lockdown.”

We Get What We Deserve is an of-the-moment snapshot of a group that has made great strides in the last year. A vocalist is only as strong as the music that they accompany, and the amped up production from Tron Jovi provides Bad Graphics Ghost with a variety of expansive new environments to play with vocally. His approach has always been different than that of his many contemporaries, preferring a snotty, antagonistic delivery as opposed to a more passive approach. The album finds Bad Graphics Ghost experimenting with new styles, like on the track “Onlyfans”, where he both spits a triplet flow and reinterpolates the hook of the Gravediggaz classic “1-800-Suicide”. “In Memory Of” employs the help of Milwaukee rapper Armstrong Ransome, both addressing racism in America, class struggles and the countless murders of unarmed black youth. “Thanks For Coming Out” closes the album, a six minute posse cut that features an impressive lineup of guests, among them members of the Hecatomb crew. Bad Graphics Ghost is joined once again by Carnage the Executioner as well as Milwaukee’s Taiyamo Denku and Denver’s Katana da Don (who also assists vocally with a more melodic approach throughout many of the the album’s tracks), resulting in a heady collection of bar trade offs over tasty downtempo production.

We Get What We Deserve contains Guerrilla Ghost’s strongest collection of songs to date and showcases a considerable leap forward from their debut. While initial US tour plans in support of its release were eventually cancelled due to Shelter-in-Place orders, the group has plans to promote the album considerably within the confines of those restrictions. 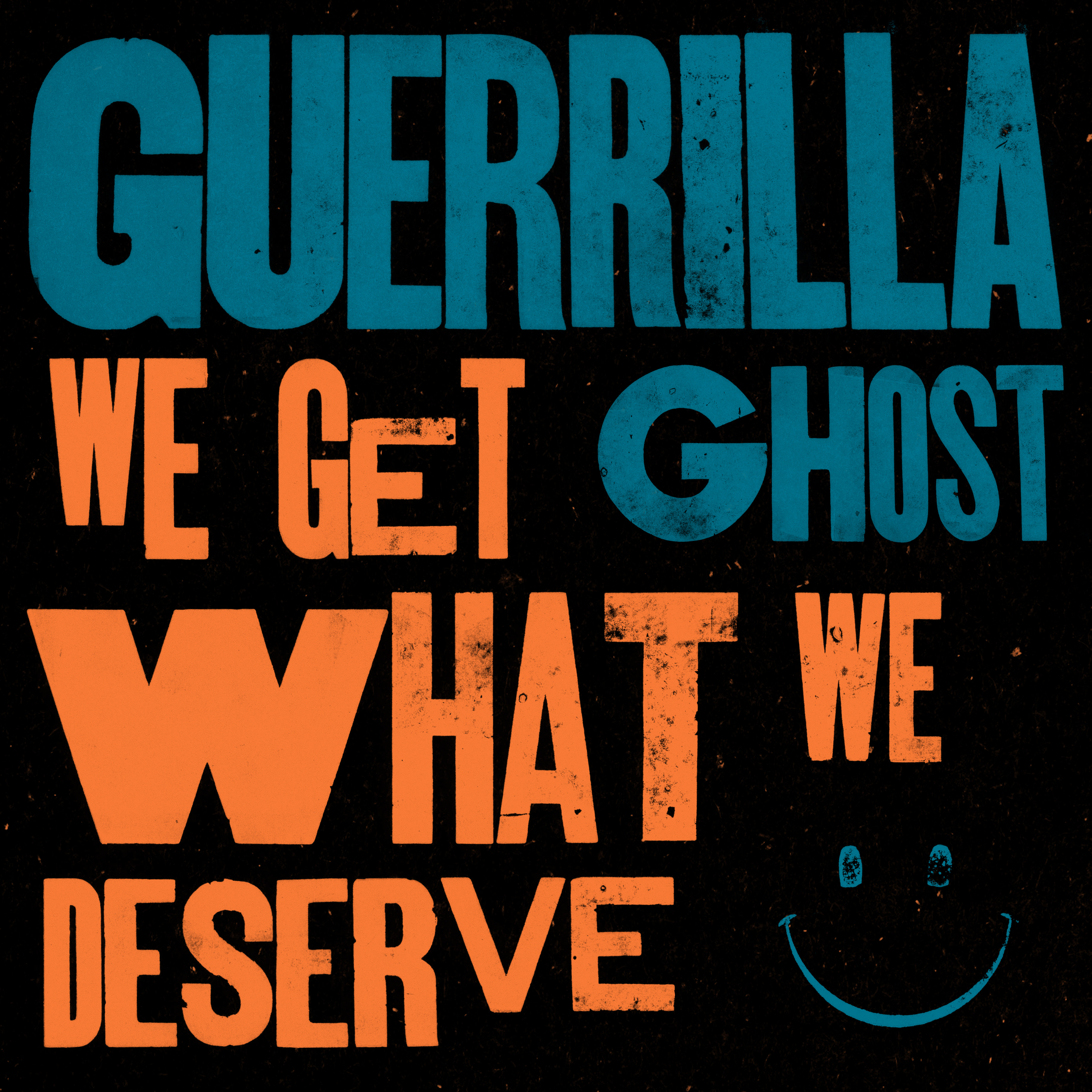