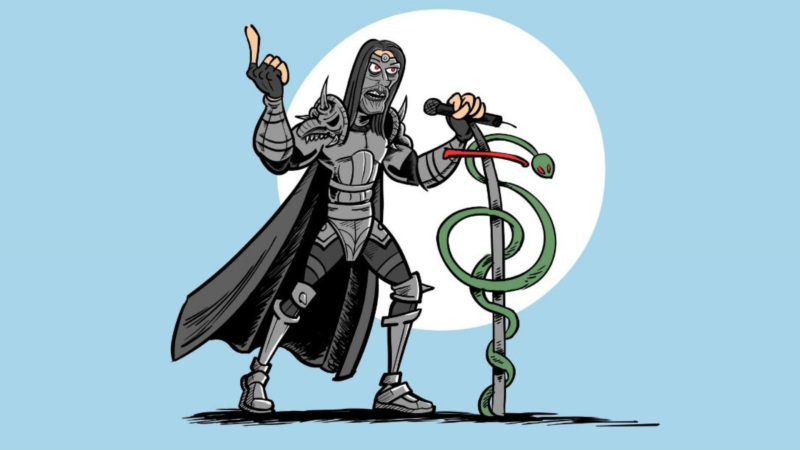 SUPREME UNBEING is a mysterious rock/metal band led by vocalist/prophet Zac Red who acts as the physical form of our collective consciousness, the ambient quantum entanglement of our most personal thoughts. After observing the world for some 30 years, he has assembled his fellow prophets D. Vine, Unknown and Al Mytee to shed some light over our present existence through the medium of heavy riffs, astounding solos, and philosophically intriguing lyrics.

The first message, “You’ll Never Make It”, set to release 12th June 2020 on all streaming platforms, tells a very precise story of the human quest to understand his own existence, from creation through the present. The title “You’ll Never Make It” can be interpreted both pessimistically, as many humans fail to reach outside of the psychological cage we are all fostered into since physical birth, or provocatively, as a challenge for those who will continue to transcend the boundaries of the never-ending struggles of life.

SUPREME UNBEING is set to release additional messages/singles “Animals”, “Solution” and “Dreaming” to the public in the following months prior to the release of the debut full-length LP “Enter Reality” which is set to release on 10th October 2020.

Says EMP LABEL GROUP’S Thom Hazaert, “I received a strange, unmarked package in the mail one day; No return address, no information, just a hand recorded cassette tape, with the words “SUPREME UNBEING” written on it. Thankfully, I still own a cassette player, so I put it in, and couldn’t believe what I was hearing. I’m still not entirely sure who the band is, or what I signed (and I think they might actually be cartoons), but once I heard it, I just knew they had to be on EMP. The messages of Zac Red were just too powerful to ignore. And to be honest, it hasn’t left my cassette deck since.”